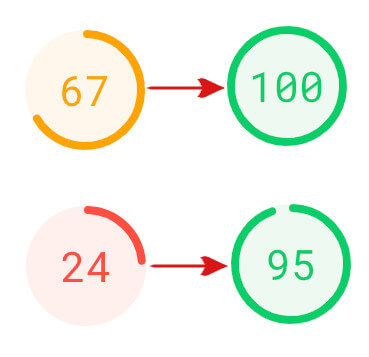 Working in different areas as a developer requires you to emphasize on different features of a website. A lot depends on who and for what purpose is the product made for. If a website is made for public, performance and speed should most probably be in the focus. With more and more people getting access to internet, the number of online websites are increasing every day. This means more competition and that moves the spotlight to website properties which were not at all important 10-15 years ago.

Search engines nowadays are also focusing more on user experience then ever before. The position of your website depends highly on the performance, speed and responsiveness. According to Moz, analysis of Google shows that over 90% of clickthroughs are from the first page results. Fighting to be on the first page is a must for a successful business. There are many tactics and solutions on how to achieve good positions, but all experienced SEO consultants agree that UX matters most.

Nowadays the mobile matters more, and desktop website requirements are not really strict. Focusing on mobile testing most of the time solves all desktop issues too, so the performance improvement results are mostly based on finetuning for mobile devices. Improving MyCall.no seemed to be an interesting task. Most of the time if the developer faces a problem its wise to draw an action plan, which can be closely followed. This makes sure that the provided solution is structured and thoughtful. The steps should almost always include:

There are several online tools that are available for analysing a website. In addition there are also built in browser provided extensions and tools that can help to find the issues with a site's performance. Recommended tools include

Note: test results differ based on several factors including

It is very important to know what is the content you are testing and what tool to use. This article's focus is not on PageSpeed Insights, but it is at least important to explain the difference between field and lab testing. The lab tests are done in a controlled environment with predefined device and network settings. The field performance tests are based on data collected from the real users visiting your site. To find the general performance flaws of a website it is recommended to analyze it with the lab test first. And then after giving it some time, it is advised to look into the field data and make assessment based on it later.

After understanding the difference between lab and field testing to create and try to solve general performance issues, first step should be to assess with lab environment testing: web.dev Measurement Tool. The other recommended tool is provided by WebPageTest.org, which is a very helpful free online service, where you can customize testing locations and get very thorough test results.

The analysis result shows 24 points out of 100, and the page load time is around 4-5 seconds. There is much room for improvement. 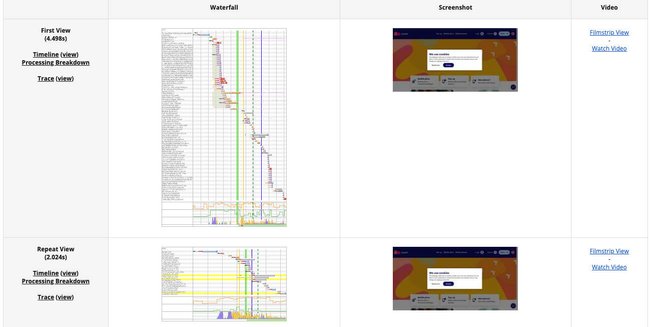 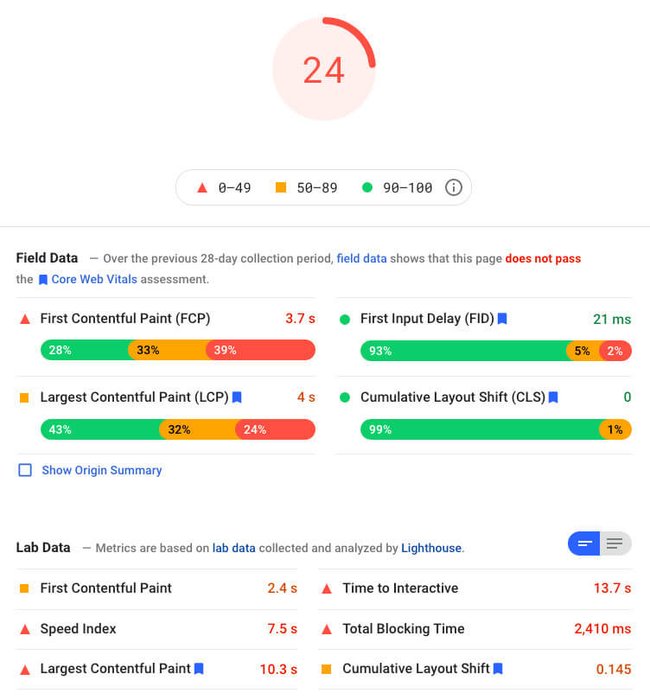 Conclusion of some of the mayor issues found after the analysis:

Take it easy - Always take one step at a time. Better to do things slowly and consider the next step wisely, cause everything is connected. It can easily happen that you improve one thing and you don't see any results, because another unsolved issue. As a simple example a huge code improvement can have zero affect if you have an unoptimized hero image. You should know what you are doing and understand how the different elements of a website are loaded.

The website has some Jquery code, which was not included in the main javascript bundle. As a part of this step, these pieces of code were moved into the main JS bundle. As a very important improvement, the defer attribute was also added to all loaded JS files.

The analysis showed that the API responses did not have any compression. Adding compression was inevitable and the only question was about the type. After testing the most effective brotli compression, results showed that the gain it had over gzip was insignificant, as a result of this the latter was the suggested implementation.

Speaking of compression, the frontend provided assets' compression is also recommended and was added as part of this step.

The results were promising: 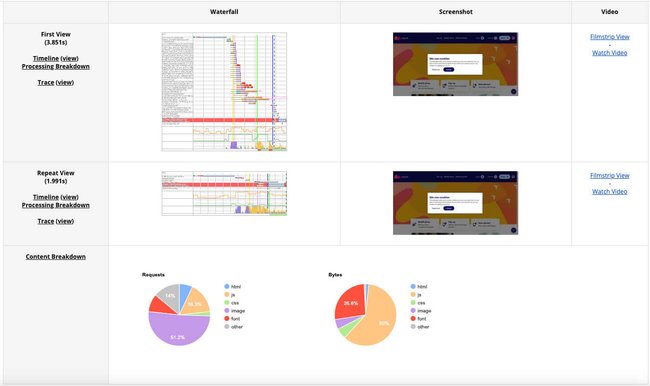 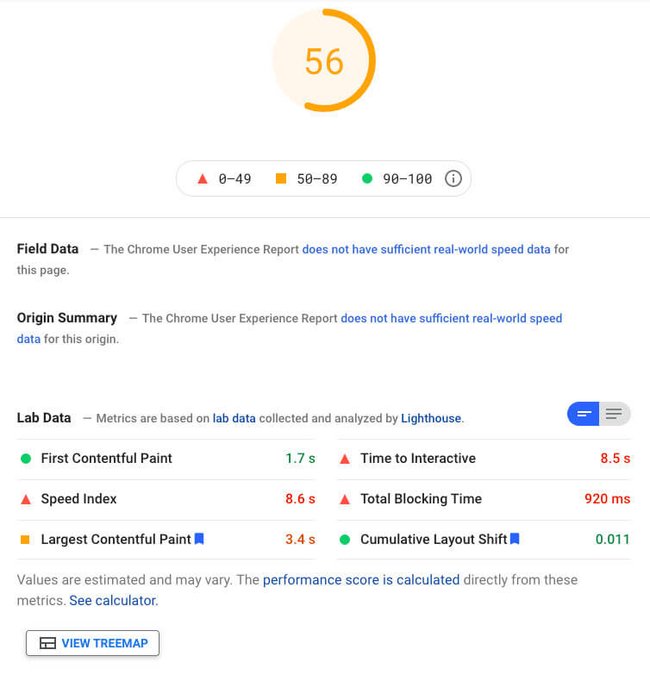 Spotting the overhead caused by the chat application was an important part of the performance issues. This led to the realization of wrong script load order. ACE chat was loading ahead of more important scripts, that were needed for generating the website layout. Adding async attribute and moving it after necessary scripts helped a lot.

As a part of this step the expiry time for static assets (images, fonts, scripts, style sheets etc.) were increased to the Google-recommended values. 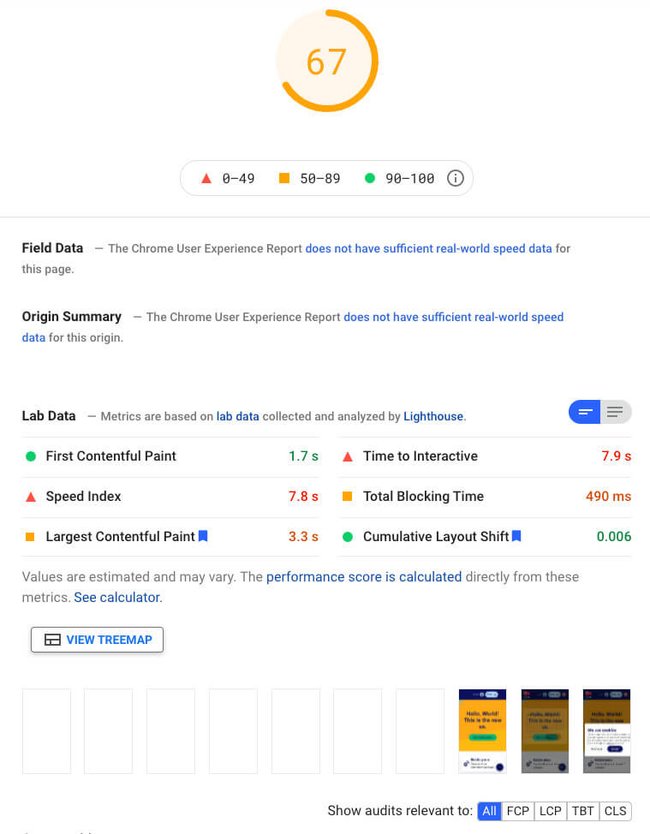 Step3 included significant improvements. The website lacked HTTP cache, so adding that for the frontpage was a much-needed improvement. The website is a hibrid of PHP, React and javascript (Jquery) and the server is running on Apache. The added HTTP cache - called mod_cache - is an Apache module ( >= Apache 2.4 ), and it took care of high server response time, giving a boost to raw page load times.

As it was mentioned earlier the website has some react components. After understanding the content, it became obvious that these components could be loaded in a better way. The Intersection Observer API is a nice feature to lazy load content just when it is needed. In addition to this it is supported by all mayor browsers. As the documentation says it can be used for many different reasons:

Basically the API is providing a callback function upon intersection of a target element. After adding the necessary settings, all react components are loaded only when they are needed. The provided solution also has a fallback for browsers which do not support the Intersection Observer API. 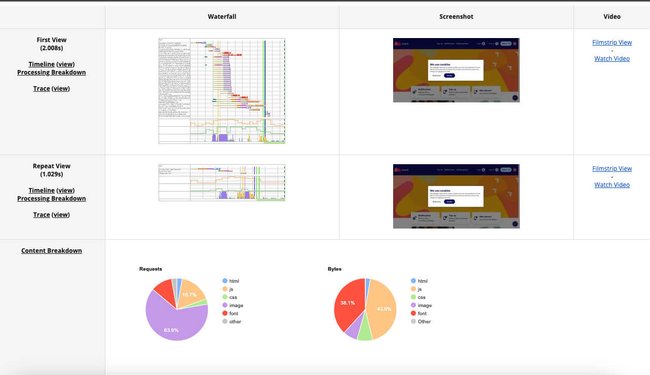 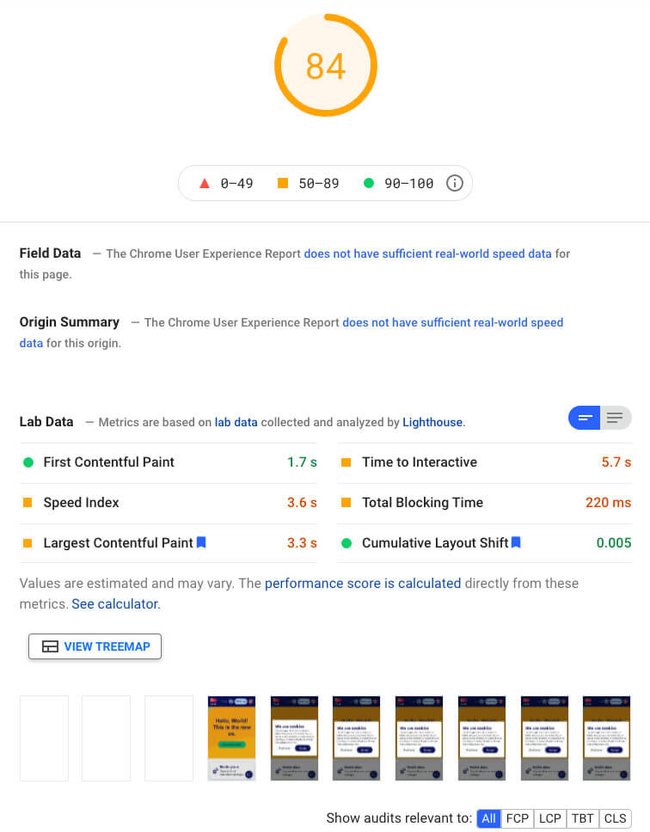 It is recommended to focus on lazy loading elements, which are not needed for the first 1-2 seconds of a website. In step nr. 3., the lazy loading of react components was already fixed, but much more can be done: a user-interaction check and lazy loading can be added to other elements too! After carefully assessing what content is crucial and what content is needed later, the following elements were also decided to be lazy loaded:

The GTM scripts proved to delay our content, so in order to serve the users better, some seconds delay was added.

In order to make sure the GTM loads if user starts interaction with the page, the following code was added to force the load to happen earlier.

The cookie consents modal caused low LCP (Largest Contentful Paint) values, and it also made that result unreliable (loading it only sometimes). It was advised that it is lazy loaded so it is for sure loaded after the page is ready. The implemented solution was similar to the GTM scripts:

ACE chat is not as necessary as the GTM scripts or the cookie consents. Because of this, only user-interaction check was added, so that the needed scripts are only loaded if there are any interactions made by the user.

Results after the final step: 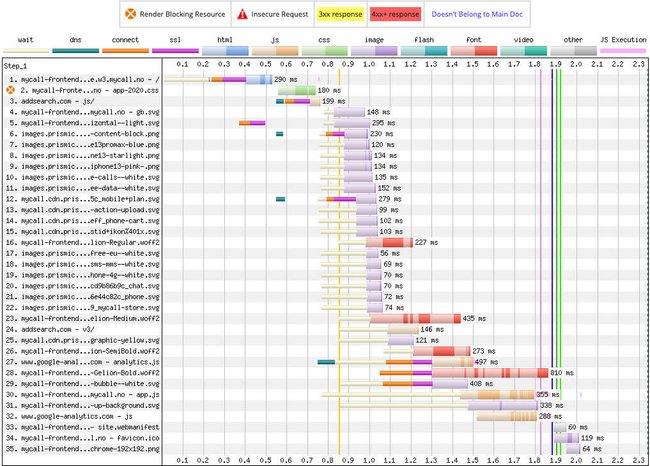 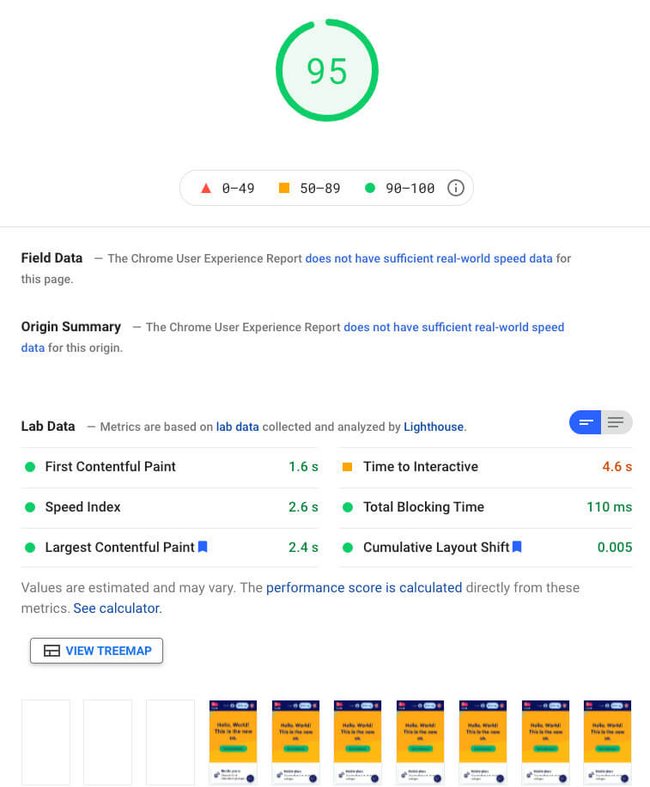 As a general rule, analyzing the website by looking at field tests (based on the website's real users) is a must. This should be done after giving the website some time to have Google collect enough user data to provide accurate results.

There might be some issues which could not be solved for different reasons, for example:

In these cases it is wise to put together a list to summarize and remember to provide these fixes if the conditions are met. Same goes with MyCall.no - here is the list of recommended improvements for the future:

For mobile tests Pagespeed score went from 24 to around 90. For desktop this number increased from 67 to around 100. First view pageload time decreased from 4-5 seconds to 1.4-1.8 seconds. 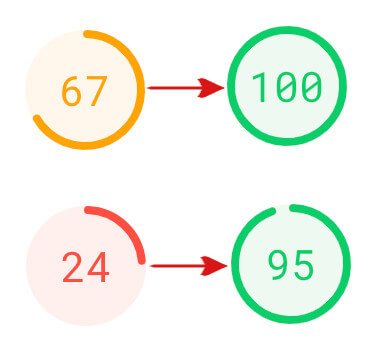 After some months, the field test data was updated, all in the green now: 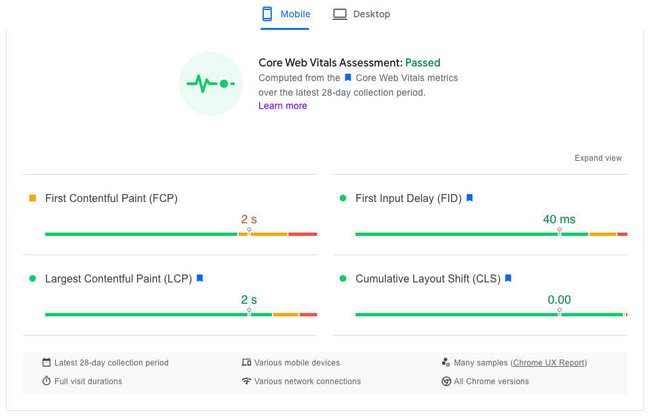 It is very important to understand that page performance improvements is not a one-time job. The technological revolution mankind faces nowadays also affects website development. Refreshing knowledge is a must if a developer wants to keep up with latest technologies. You must always be critical to your past work and try to improve it and make it up-to-date to meet the demands of the present market. If you want to be always on the top of search engines, you must reevaluate, improve, reconsider the implemented the technological solutions from time to time. Successfully improving a website's performance will eventually cause better SEO positions, increasing unique visitors, reaching higher time-on-site numbers and acquiring more customers.